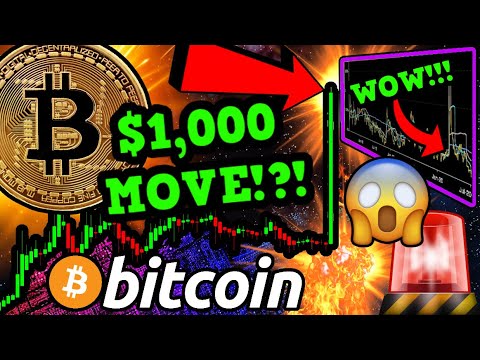 Hey All, GoodShibe here!
I like starting off with good things, don't you? Well, here's something great! Remember that thread I put up a couple of days ago, asking for donations for Bell Let's Talk (even though we missed the day and probably wouldn't get any coverage for it) - well, together we raised 80,000 DOGE - which Moolah_ added 100K - which meant that we raised about $268.71 USD. Well, as it turns out, Moolah_ wasn't done yet - so they rounded it up to an even $1000 and donated it on /Dogecoin's behalf to The Canadian Association of Mental Health. You can see the receipt here. So, let's give all the generous shibes who contributed to this effort, a sound round of ap-paws (yeah, I said it...).
Well done!
As it turns out yesterday's post caused quite a bit of discussion - lots of passionate shibes coming out to discuss where we're going, how we see our coin -- and even our community -- evolving over time.
I think it's a fantastic thing that we can have these kinds of discussions openly, and that, even when we may not always agree with one another, we do try to see eye to eye and understand where each shibe is coming from. I have to admit that then I first posted my article, I was somewhat ambivalent about either side of the issue -- and I worked to keep my language neutral as I could. Explain the facts, try to explain how it might effect us all, and some ideas on how it might be fixed. Over the course of the discussion that followed, I found myself being swayed by the arguments toward the coin moving in an 'inflationary' direction. I say this now, publicly, not in an attempt to sway you, but to acknowledge a bias that's started to form toward one direction.
I believe that it's through understanding my own biases that I can work to try and keep an even keel, try and stay neutral until the facts clearly point toward a direction. In acknowledging such a bias, it encourages me to look THAT much harder at the other arguments against it. Look for arguments that weaken said bias. I want to make sure that I'm not just 'believing' something to be true, I want the facts to support said belief structure. So, by stating this, I want you to know where I'm at on this issue, that I'm looking into the benefits and flaws of both a 'Deflationary' and 'Inflationary' coin. Trying to wrap my head around it properly so that if I do end up supporting one direction, I know why and can state it clearly.
That said, I still believe that there are ways to meet in the middle -- I have no idea what they are just yet -- but we have a whole year or more to find a way to come up with a solution with calm, rational discussion on all sides.
Moving on to more fun news - and thank you for bearing with me - we've got some fantastic community efforts underway that I want to take a moment to hightlight:
In the news:
And finally, just for fun:
It's 11:14AM EST, we're at 40.93% of DOGEs found. Our Global Hashrate it rising from ~91 to ~95 Gigahashes per second (after an early morning spike to ~218) and our Difficulty is falling from ~1547 to ~1402. Looks like a busy day, folks!
Have a great one!
As always, I appreciate your support!
GoodShibe
PS: Sorry about the late post, all, turns out I've been writing in fits and starts, dealing with some /dogecoinscamwatch stuff.
EDIT 1: I've had some criticism regarding how I go about my reporting, and that's fine. Criticism, I can handle.
I firmly believe that, whatever the news is, when I know it, good or bad, the community needs to know so that, together, we at least have the ability to make informed decisions.
If you want it, fine, if you don't care, that's also fine, but at least you're aware - at least you get to choose.
I take this responsibility - the gift of trust you've bestowed upon me - seriously, and try my best at it. Will I make mistakes? Absolutely. And you won't always agree with me. And that's fine too. But I will always do my best for the community, and, succeed or fail, my heart will always be in the right place, working for the good of us all.

The Strange Birth & History of Monero, Part IV: Monero "as it is now"

I just saw a post on bitcoin about tipping the pizza delivery guy every time to the same wallet. http://www.reddit.com/Bitcoin/comments/215a55/tipping_millibits_in_person_with_a_wallet_card_is/
I like this idea. I've been tipping in person with Moolah gift cards with limited success. Out of the 14 tips of 1000 each, only five have been redeemed. I did succeed in getting my pizza place to redeem two of them. I will ask them for the public wallet address and start tipping straight into it.
If they put a QR code with a doge logo on the tip jar, maybe others would tip that way also. I know that this challenges the tip-sharing ritual of dividing cash at the end of the shift, but that's just an opportunity to get more servers involved once the wallet gets heavy.
Somebody could make a little web app to print out tip jar labels with the QR code, and logo and SUCH TIP! Then we need a way to tip easily from iOS like the Android shibes. What do y'all think?

Bade & Chote are planning to do something with Bitcoins but before that they wanted to know some interesting Bitcoin Facts and Guru comes to rescue Follow us... The virtual goldrush to mine Bitcoin and other cryptocurrencies leads us to Central Washington state where a Bitcoin mine generates roughly $70,000 a day min... Is #Bitcoin about to print a $1,000 candle or will resistance hold us back again? Altcoins breaking out, billionaires betting on #BTC, Kanye Wast runs for pr... Earn $1000 in 1 Hour WATCHING VIDEOS! (Make Money Online 2020) ️My #1 Recommendation To Make Money Online: http://bit.ly/EarnLotsOfMoneyNow SUBSCRIBE HERE: ... Bitcoin Pizza - What Price Per Slice? - Duration: 0:10. Bitcoin MarketingDept 2 views. New; 0:10 . Bitcoin trading Annihilation (short animation) - Duration: 0:14. Bitcoin MarketingDept 3 views ...